What’s Goin’ On: A Springtime Wrap-Up

If you live in the South, you’re fully aware that summer is upon us (cue the mosquitos and humidity). School is out, the sun is in full force and my car A/C recently decided it no longer wants to blow out cold air (thankfully it’s getting fixed as I type). But enough about heat and car saunas. These past few months have been full of travel, shows and songwriting. Here are some of my spring highlights.

In mid-April I headed down to Florida for the Word of South Festival. I played at the festival last year, and it’s always an incredible event that my hometown puts on. Authors and musicians from around the country showcase their work for the community of Tallahassee.

This year, Michael Bakan, percussionist and Florida State music professor, accompanied me. I performed original songs and threw in some throwbacks like “I Want You Back” by The Jackson 5 and “Ring of Fire” by Johnny Cash.

I was joined by author Phillip Wenturine who read excerpts from his forthcoming book about Portugal. We both went to Leon High School (Go Lions!) and it was fun to have a mini high school reunion with our friend Hayley.

After Word of South, I had a chance to take a quick trip to the beach (always a priority when I get down to Florida). Then it was off to High Springs to lead worship for the Killearn United Methodist Women's Retreat.

It was such a refreshing weekend, and I enjoyed leading the women in worship. One of the highlights was sharing an original song called "Changed By You" based on the retreat theme of Transformation and Romans 12:1-2.

There was also a "Heavenly Hoedown" on the Saturday night of the retreat. Just when I thought my line dancing days were over, I found myself mid-lasso during Cotton Eyed Joe. Here's a picture of me and my good friend, Claire, at the Heavenly Hoedown.

The Weekend of 53 Songs

At the beginning of May, I had the opportunity to be a part of a songwriting retreat in North Augusta, South Carolina. It was a gathering of Christian songwriters of all different styles. I loved meeting so many talented writers and spending an entire weekend dedicated to crafting songs (53 written by the group in total!) Here are some snapshots of the weekend - starting with the road trip there.

Once I was back and settled in Nashville, I was asked to make an appearance on a talk show called On the List. We covered many things — including my favorite place to get a cheeseburger in Nashville and the singalong song I wrote about falafels (okay, so we mainly we talked about food). After the interview, I played two of my original songs. The segment will be up on YouTube in the next few weeks, so I'll be sure to post once it's live.

This May also marked one year since I released my debut EP Back to You. From having "As Long As I Live" featured on NoiseTrade to "Strong in You" reaching almost 100K streams on Spotify, it's been awesome to hear how the songs are reaching people in so many different ways. If you haven't listened yet, you can check it out here.

These past few months held some really cool opportunities - both in songwriting and shows. I'm always in awe of how God uses music to connect us with what's bigger than ourselves.

As I look to the future, my focus is to continue to write songs that take a deep dive into what I'm wrestling with in my own heart as well as the world around me. My passion is to share these songs in hopes that they speak peace and encouragement into others' lives.

I am currently booking shows for the summer and fall and would love to play at your retreat or event. You can reach out to me here!

"Be Still My Soul" | Behind the Song

"Strong in You" | Behind the Song

"Holding My Heart" on Spotify and iTunes

"What Day Would You Go Back To" Lyrics 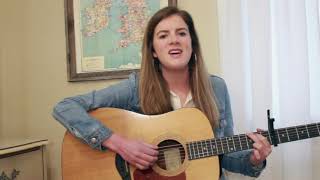 Songs for the Panhandle: A Community Concert for Hurricane Relief 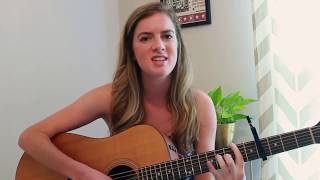 What’s Goin’ On: A Springtime Wrap-Up 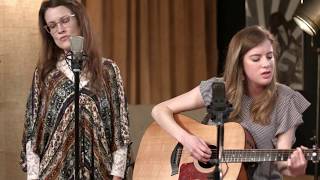 "As Long as I Live" Acoustic Video

"Be Still My Soul" | Behind the Song

"Strong in You" | Behind the Song

"You Lift Me Up" | Behind the Song

"Back to You" | Behind the Song